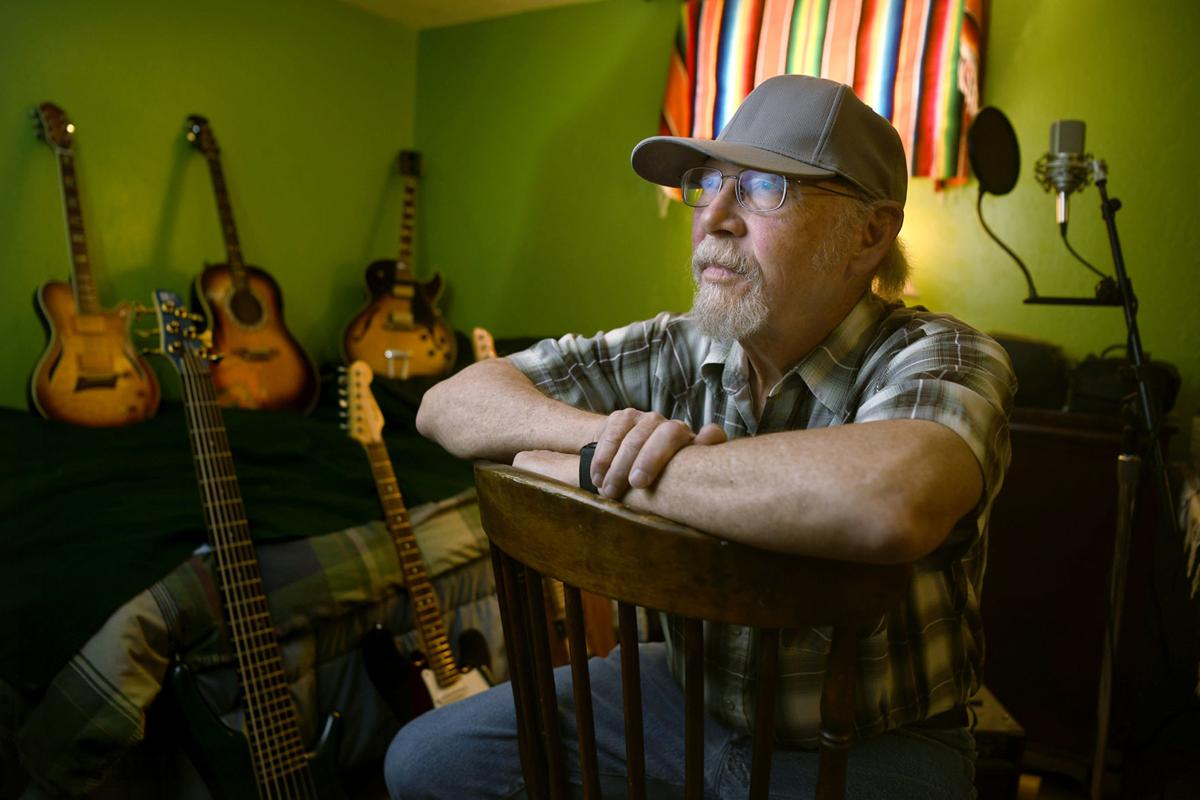 In the tradition of classic country guitar players like Hank Garland and James Burton, Louie Bond is known as one of Montana’s best country/rock/blues guitarist.  He is also a gifted singer/song-writer performing and publishing many of his originals.

He was born in Miami, Oklahoma and began playing guitar in 1965 at age 16.  At 21 he moved to Dallas, Texas and landed professional gigs in house bands playing 5-6 nights a week (Longhorn Ballroom, etc.).  He discovered Montana on a road gig and moved to Missoula in 1974 continuing his full time career in house bands as a journeyman guitarist.  Touring, Louie opened for and backed up many famous country stars, including Bakersfield artist’s David Frizell, Lawanda Lindsay, Tony Booth, Buck Owens and his son Buddy Allen in the 1970’s as well as Restless Heart, Sawyer Brown, Bobby Bare, Ferlin Husley, Roy Head and Vern Gosdin.

Playing gigs locally in Western Montana 5 nights a week continually from many years Louie has played regularly with Country Boogie Boys, Haywire, Monte Monroe and many other bands as lead guitarist and vocalist. After a recording date in 1998 for a TV ad with Hoyt Axton Louie became Hoyt’s personal guitarist helping the retired songwriter/performer co-write several of his last songs before Hoyt’s passing in 1999.

Louie and Kimberlee are founding members of Montana’s hottest Texas swing band Western Union Swing Band (Texas Swing) with bandmates David Horgan and Beth Lo from one of Montana’s most renown jazz and R&B bands-the Big Sky Mudflaps.  They had the distinction of being the only Montana band to play the Montana Folk Festival (July 2016) as well as opened for Marty Stewart (Sept 2015) and Colorado’s renown Hot Rize (July 2015).

Kimberlee Carlson, from Odessa, Texas, has been singing country, jazz and swing since 1979 and as professional dancer she performed dancing and singing in reviews in Los Angeles, Las Vegas and New York City.  In the 1980’s and ‘90’s she performed and toured internationally with the Los Angeles jazz band Swingstreet as well as fronted her own jazz quartet performing regularly at the Vine Street Bar and Grill (Los Angeles) for many years.  In addition to gigging in Western Montana with her jazz trio she has been featured in Montana’s jazz festival Jazzoula 2012-2019.   She also performs regularly with her classic jazz band with Montana jazz favorites-Ron Meissner, Jim Driscoll, Pete Hand and Ed Stalling.